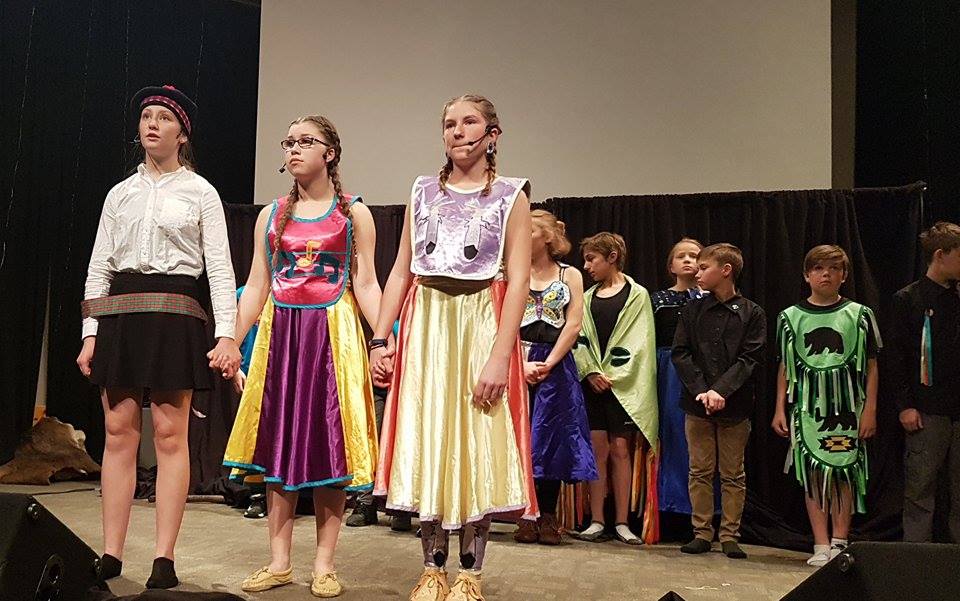 Long after the final curtain call had ended, the residual vibrations of the beating drum were a reminder of the powerful message about the importance of community, expressed by the students of Northumberland Christian School (NCS) in Cobourg through their performance of the musical “The Honour Drum”.

Inspired by the children’s book The Honour Drum by Cheryl Bear and Tim Huff, the musical was written by three senior students at NCS to celebrate the 150th anniversary of Canada and also the 180th anniversary of Alderville—a First Nation community about fifteen minutes south of the school.

“Our two communities have enjoyed a relationship for almost twenty years,” shared NCS principal Ginette Mack. “Over that time, we have had many students from Alderville attend the school. So when we began talking about a theme for this year’s musical, we knew that we wanted it to include highlights of the learning and discovering that we have been doing as part of our Indigenous studies over the past number of years.”

Read the rest of this story on Edvance.ca